Today’s words are brought to you by Paracelsus.  I know, I know.  Para-who??

You know, the 16th century German physician.  Still doesn’t ring a bell?  You’re not alone.  Unless you’re a German Renaissance scholar (or you really like reading about the history of medicine), you’ve probably never heard of this guy.  But, he did make some important contributions to modern medicine.  And . . . he said some words about wine!

Paracelsus’ real name is Philippus Aureolus Theophrastus Bombastus von Hohenheim.  Wow.  Filling out those Renaissance scantron forms at school must have been a real bear.  He later changed his name to the mononym, Paracelsus (kind of like Prince, or Charo).  Good call.

While early Renaissance doctors were busy trying to cure disease by blood-letting at the corner barbershop, Paracelsus went a different direction.  After receiving his doctorate in 1516, he decided universities couldn’t possibly teach him everything, and he set off on a journey of self-discovery across Europe and Asia.  Basically, he spent a bunch of  years wandering around thinking and absorbing big thoughts about medicine.  He condemned Renaissance medicine (which ruffled a lot of feathers), and tried to convince his peers of the importance of things like observation and chemistry in medical treatment.  But they weren’t ready to hear it just yet.

Paracelsus accumulated a great many titles — he’s often called the father of modern pharmacology, the father of modern alchemy, and the father of toxicology.  He was a busy man. Paracelsus named the element zinc in 1526, and he was the first to dissolve opium in alcohol (which worked a heck of a lot better than dissolving it in water), a solution he called laudanum.  For centuries, laudanum was the most effective painkiller available.

Paracelsus also reportedly coined the word, alcohol, which brings us to today’s words: 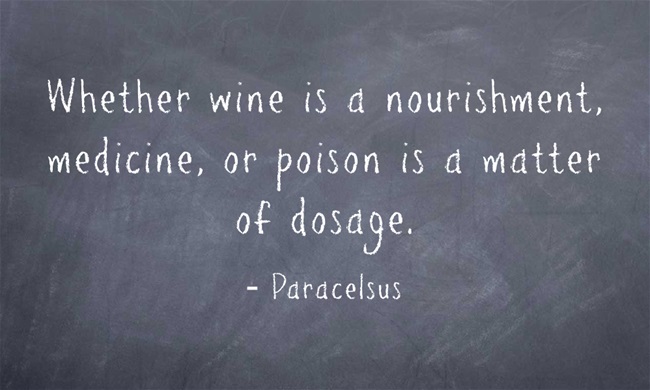 This makes perfect sense to me.  A little bit of wine is nourishment, a little bit more is medicine (opium optional), and too much is poison.  The challenge lies in figuring out the “right” dosage for you.

Wow. I’m gonna need a minute to get my life back together after the stress of the last few chapters of this book. Finished this last night and could *not* get to sleep. Set in the Mississippi Delta in the years immediately following WWII. Family, love, friendship, betrayal, racism, demons. It’s got it all. Deeply uncomfortable, deeply meaningful. Beautifully written. “What we can't speak, we say in silence.”
Walked to our local farmers market this morning. Did a lot of sweating. I am not good at summer anymore. Went to the thrift store. Found a new addition for my vintage coupe glass collection. Had to buy the whole set, though. Too fabulous to pass up. $8 for 8 glasses, so fine, the whole set(s) it is. I don’t need that many glasses, but my brother is starting a vintage coupe glass collection. He doesn’t know that yet, but he is. Still cleaning out closets. Found 3 more rolls of scotch tape. Seriously.
Started cleaning out a closet this afternoon. A closet that should be on an episode of Hoarders. Why do I have 18 rolls of scotch tape?!? Was making great progress purging stuff. Brings joy/no joy and all that. Then the wicked storms came through, and we lost power. Piles everywhere. Just tripped over a pile of no joy. Momentum gone. Felt kinda pouty, so I opened a bottle of wine that should have been good. It sucked. Like *woof* bad. So now I’m sitting here in the dark, drinking a glass of Plan B — the 2019 Trilogy red blend, from Flora Springs in Napa Valley. BIG stuff - ripe and approachable, yet abundant structure. Beautiful. Plan B > Plan A. Feeling less pouty now. Might go read by flashlight.
Both kids home for dinner tonight (one a surprise!), sous vide steaks, and a classic @rdvvineyards 2010 Lost Mountain. Happy Fathers Day!